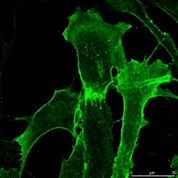 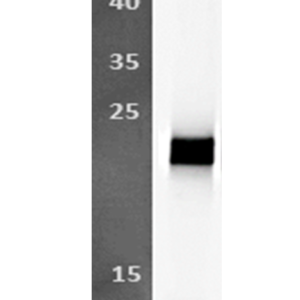 PrP is a ubiquitously expressed GPI-anchored cell surface glycoprotein associating with lipid raft components and functioning as a signaling molecule. The physiological function of the PrP is still poorly understood. It is involved in proliferation of epithelial cells and in distribution of junction-associated proteins in human enterocytes and it has been proposed to play a role in apoptosis and neuronal development. Recent findings suggest that it serves as a stress-inducible molecule and an immune cell modulator. Conversion of the normal cellular prion protein (PrPc) into an abnormal conformer (PrPSc) is the crucial step associated with triggering the pathogenesis of incurable neurodegenerative diseases, such as the Creutzfeld-Jakob disease (CJD). Our anti-PrP antibody HuPrp.02 has been validated in IF (cells) and FACS (cells). 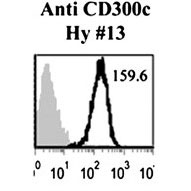 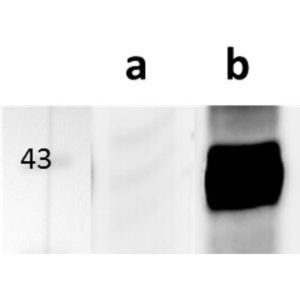 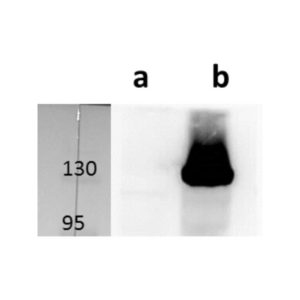 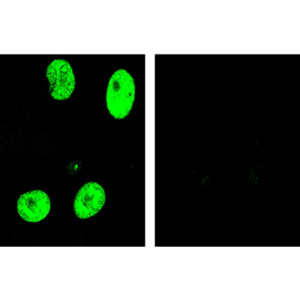 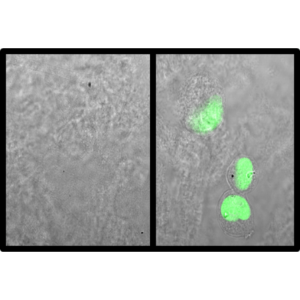 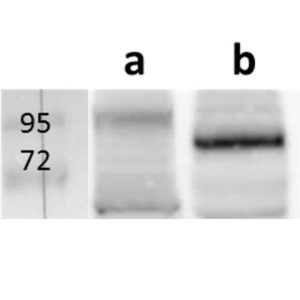