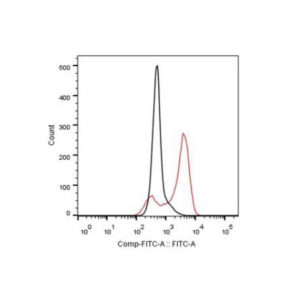 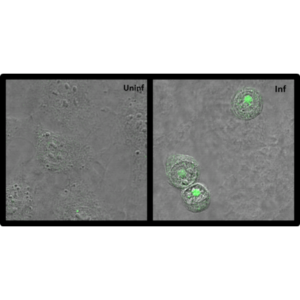 M25 belongs to the CMV UL25 gene family, and encodes a 130-kDa tegument protein, which is also the most abundant M25 protein isoform with late kinetics of expression. In addition to the 130-kDa protein, the M25 ORF encodes two other polypeptides of 105 and 95 kDa , expressed with early kinetics. All three M25 proteins are present both in the nucleus and in the cytoplasm of infected cells with different relative abundances. It has been shown that M25 protein is present in the nucleus during early stages of infection, following its aggregating around the nucleus and finally accumulation in the cytoplasm during the late phase of infection (Wu, CA et al, Virology. 1999). Data also suggest that M25 is not essential for viral growth in tissue cultures or for viral replication in the salivary glands, lungs, spleens, livers or kidneys of Balb/c mice (Zhan, X et al, Virology. 2000). 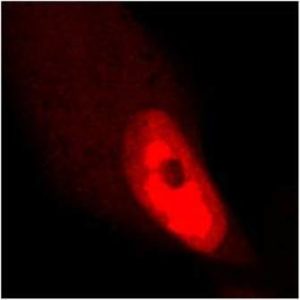 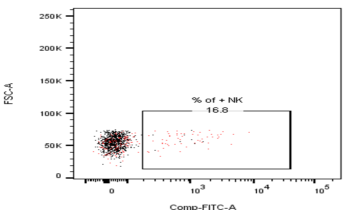 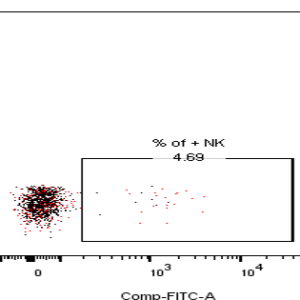 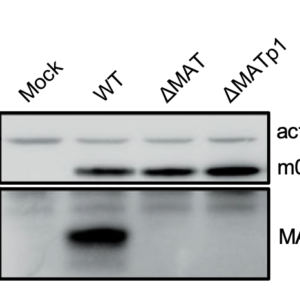 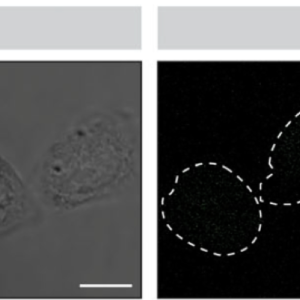